Research in our lab and by our lead and his students has evolved over the years. In the early years, the focus was on two foundational areas of AI: (a) Knowledge Representation and Reasoning (KR & R) and (b) Actions, Agents and Planning (AA&P). These are fundamental to AI, as the key aspect of intelligence is being able to learn, reason, understand and act purposefully. But what does one learn and what does one reason with? The answer is "Knowledge". The questions then, are how does one express or represent knowledge and reason with knowledge.

Thus the research in KR&R was driven by the quest to find appropriate knowledge representation formalisms and reasoning mechanisms, and the research in AA&P was focused on formulating acting purposefully (agent behavior) and formulating various aspects of commonsense reasoning, in which reasoning about actions plays a central role. Our 2003 book chronicles our work as well as the substantial progress made in these two foundational areas. Since then while continuing working on these two foundational areas we have broadened our research to Cognition and Human Centered AI.

In continuation of our work on KR & R we developed KR&R formalisms that combine probability with logic, and formulated causal and counterfactual reasoning and naive conditioning using that. In continuation of our work on AA&P we formulated the notion of maintainability and develop a "specification-to-code" methodology to create policies for maintainability goals and for goals in non-deterministic domains. We developed various goal specification languages and more recently developed a high level language for the multi-agent domains that allow agents to reason about other agent's knowledge or lack of it.

In recent years our focus has been on building integrated AI systems. To that end we have tried to bridge the gap between learning and reasoning and have developed systems that combine both. We developed an incremental and iterative method for learning rules.

A crucial aspect of building integrated AI systems is cognition, defined (by Oxford Dictionary) as "the mental action or process of acquiring knowledge and understanding through thought, experience, and the senses." Our recent research has focused on cognition, especially with respect to understanding text and images. While in recent years purely neural approaches have been the goto methodology for both, we have focused on combining neural (and other machine learning methods) and reasoning with knowledge, and used question answering challenges as benchmarks to evaluate our approaches. We have focused on the hard challenges where knowledge (including commonsense knowledge) plays an important role.

Robots and biological pathways were the initial domains that inspired us. Our robots in the AAAI 96 and 97 robot contests combined high level and low level reasoning. Since then we have worked on human robot interactions where humans communicate with robots using natural language to our recent foray on imitation learning where robots learn from demonstrations that include verbal commentary and instructions.

Biochemical pathways inside cells regulate not just the cells but the organisms as a whole, and reasoning about them is needed to understand various phenomena, predict the impact of interventions (such as drugs), and design therapies. In addition, in the discovery phase, reasoning is needed to hypothesize missing knowledge. We developed new reasoning about actions methodologies to reason in such domains, developed various information extraction (from text) methods for this domain, and combined text extraction and reasoning with pharmacokinetic knowledge to predict drug-drug interactions and identify novel drug indications. Recently in collaboration with researchers at Mayo we have been working on understanding clinical notes and patient databases for various health care applications. This includes cohort selection using clinical notes that involves identifying criteria and phenotypes such as drug abuse, alcohol abuse, decision making ability, major-diabetes, and elevated creatinine. Some of our other ongoing research in this area includes information extraction from clinical notes, automated document generation (in particular, survivor care plans), social media analysis and evidence synthesis.

One of our most recent foray in use inspired AI is about vulnerability detection in program code using a man-machine collaboration approach. 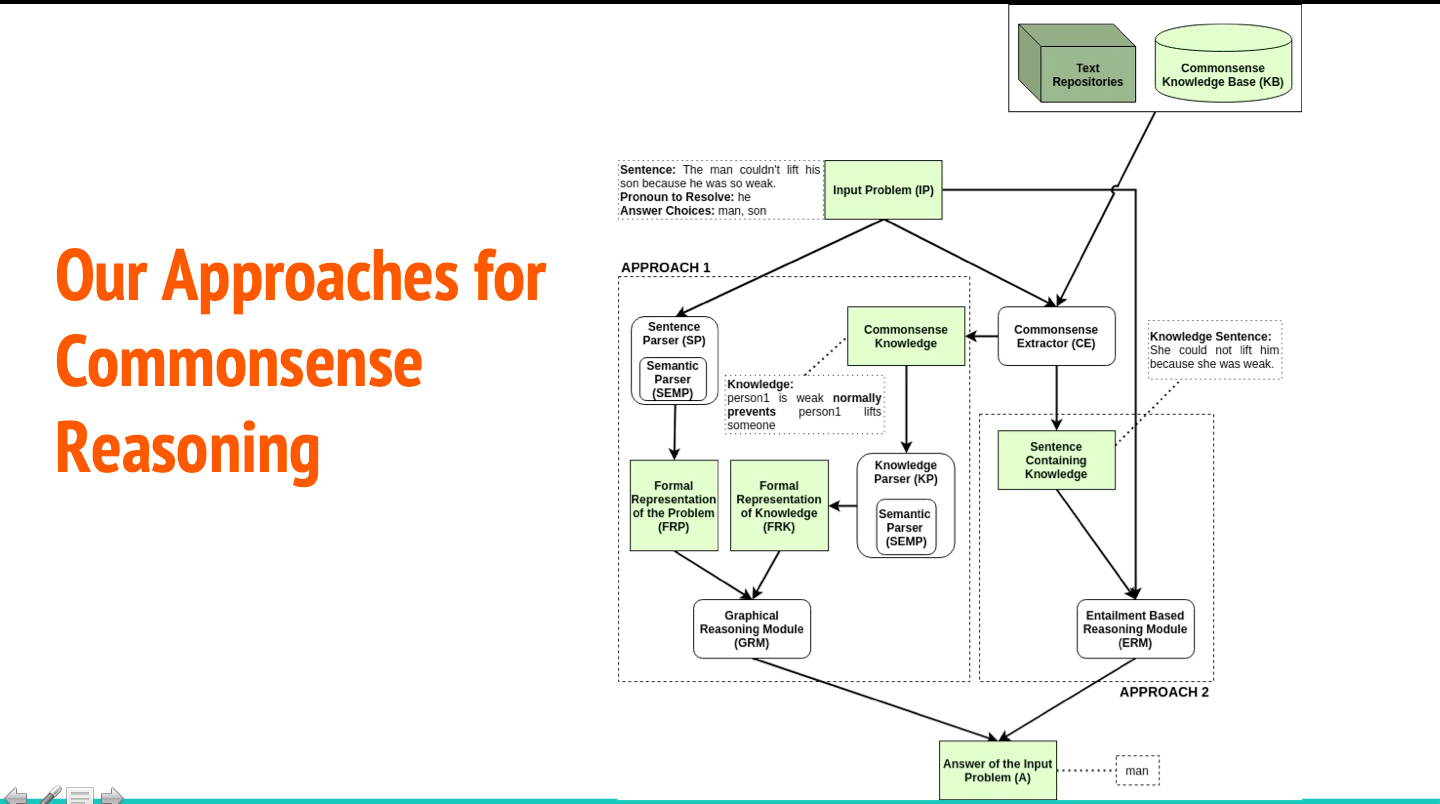 Event-Sequences from Image Pairs
A data set of image pairs consisting of block towers. A neural model that learns and reasons to generate event sequences from such image pairs.

Open Book QA
Our system for Open Book Question Answering finds relevant knowledge from the open book, analyzes them to figure out what knowledge may be missing, looks for the missing knowledge in a large knowledge repository (expressed in natural language) and then uses them to answer the question.

QA using ASP and NLI
Our system uses Answer Set Programming to formalize hard to learn notions often found in questions such as "indicates" and uses NLI (natural language inference) to identify the correct answer in a multiple-choice question answering setting where questions are to be answered with respect to knowledge expressed in textual form.

Solving simple word arithmetic problems
An approach that mimics humans solving such problems, by finding the appropriate formula to be used and mapping the word problem to elements in the formula. Both are done together. 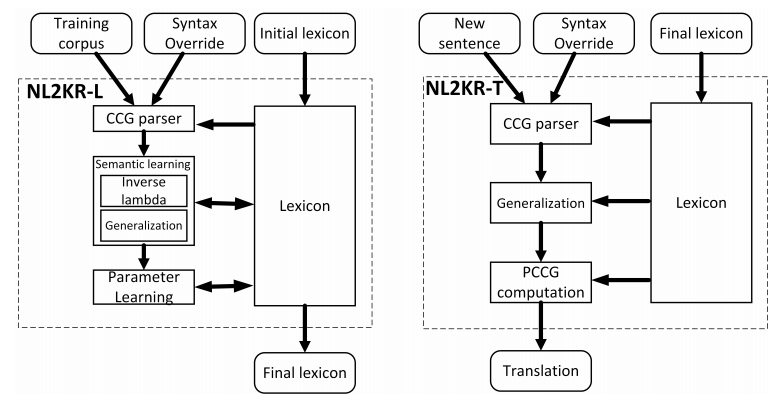 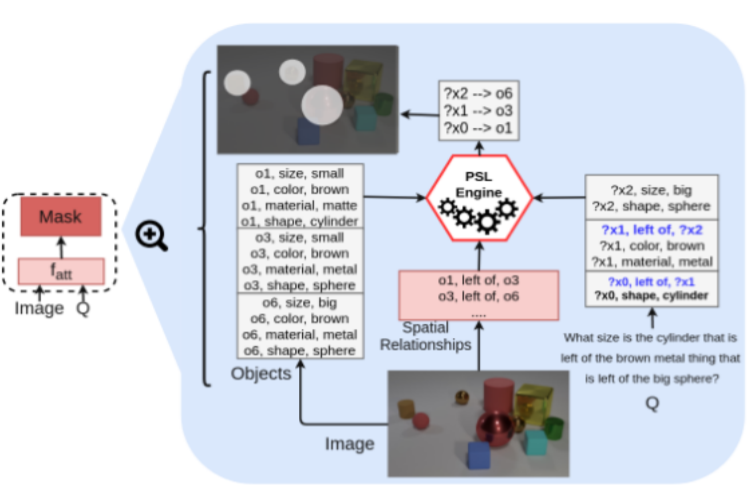 Reasoning using Neural architectures for VQA
We use an explicit reasoning layer on top of a set of penultimate neural network based system for doing VQA (visual question answering). The reasoning layer adopts a Probabilistic Soft Logic (PSL) based engine to reason over a basket of inputs: visual relations, the semantic parse of the question, and background ontological knowledge from word2vec and ConceptNet. 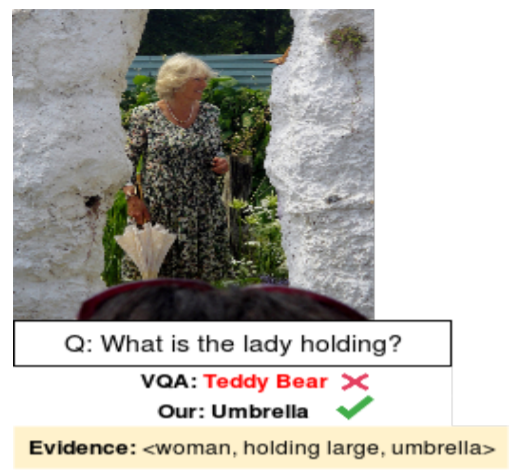 Image Puzzle Solving using PSL
We compile a dataset of over 3k image riddles where each riddle consists of 4 images and a ground truth answer. We develop a Probabilistic Reasoning-based approach that combines visual detection (including object, activity recognition) and probabilistic commonsense knowledge to answer these riddles with a reasonable accuracy.

Image understanding using Scene Description Graph
Visual recognition techniques and commonsense reasoning is used to create Scene Description Graphs (SDGs) of images. An SDG is a a directed labeled graph, representing objects, actions, regions, as well as their attributes, along with inferred concepts and semantic, ontological, and spatial relations. Utility of SDGs is demonstrated with respect to image captioning, image retrieval, and examples in visual question answering.

DeepIU: an Architecture for image understanding
We develop the DeepIU cognitive architecture for understanding images, through which a system can recognize the content and the underlying concepts of an image and, reason and answer questions about both using a visual module, a reasoning module, and a commonsense knowledge base. In this architecture, visual data combines with background knowledge and; iterates through visual and reasoning modules to answer questions about an image or to generate a textual description of an image. 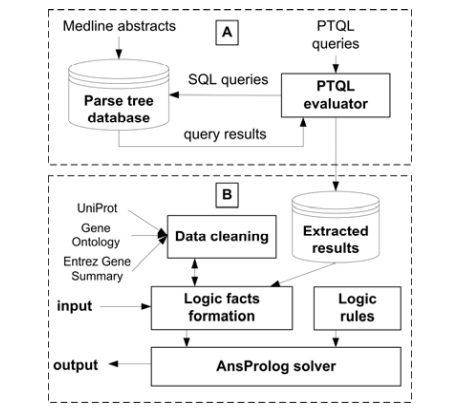 Hypothesis Formation in Biochemical Networks
Reasoning with existing knowledge about a biochemical network and observations to hypothesize possible missing interactions in the network. Validation of the approach using the p53 network. 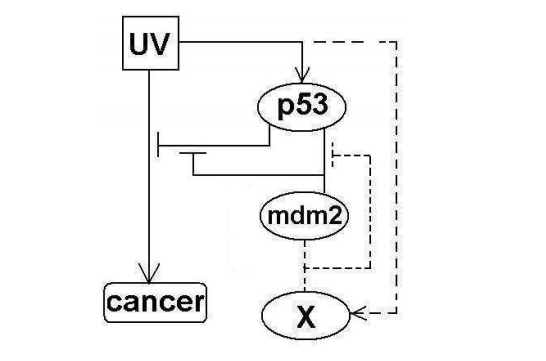 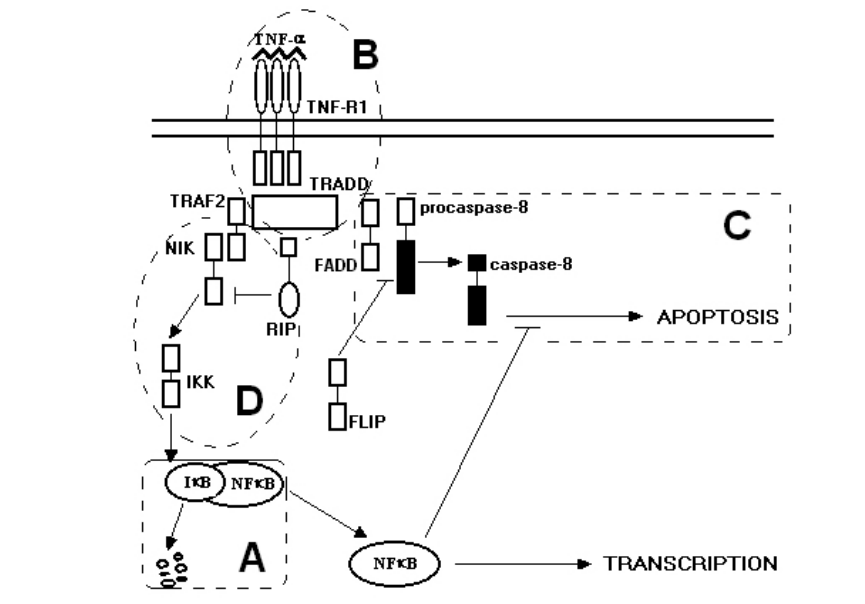 
Book: Knowledge representation, reasoning and declarative problem solving
A book about various building block results on one of most developed KR language "Answer Set Programming" and its use in various reasoning tasks. 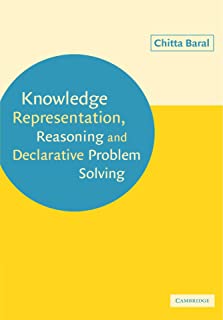 Planning in Non-deterministic Domains
SAT and Logic Programming specification of the properties of weak, strong, and strong cyclic plans in non-deterministic domains leads to automatic construction of polynomial-time algorithms for such plans. 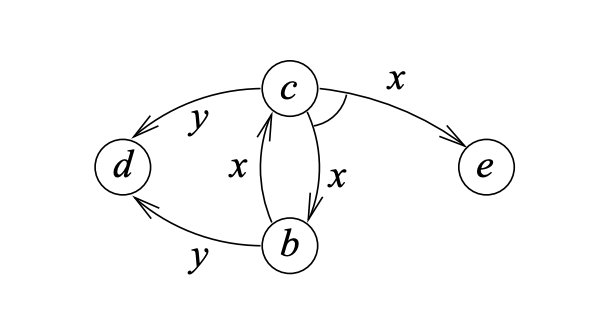 Incremental and Iterative Learning of Answer Set Programs
Enhancing the traditional inductive logic programming to allow large number of (positive and negative) examples, each with its own background knowledge component. Developing an incremental and iterative learning algorithm and system to learn answer set programs from such mutually distinct examples.